George Orwell‘s 1984 (published in 1949) is clearly influenced by Ayn Rand’s The Fountainhead (published in 1943). Along with Atlas Shrugged published in the 1957 at the height of the Cold War these books compose an intellectual series describing the tragic consequences the western world would experience if Communism (or more broadly Totalitarianism) are allowed to spread. 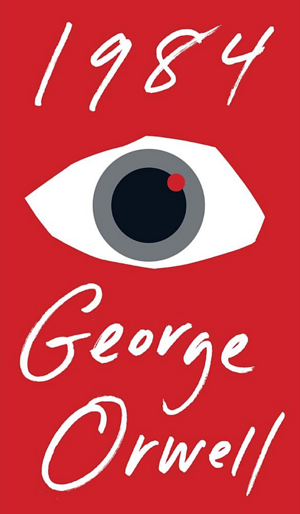 “War is peace. Freedom is slavery. Ignorance is strength”

These are the key slogans of the totalitarian Party in Orwell’s 1984. People opposing such absurd slogans are considered traitors. By enforcing the propagation of such slogans, the totalitarian regime ensures that no decision it makes can be judged on the basis of reason. This ensures the Party’s preservation because there is no remaining tool to oppose the poorly run society.

Orwell takes the popular saying that history is written by winners to an extreme.

Totalitarians convince the general population that their lives are better today by rewriting history, and therefore securing the regime’s future.

“And when memory failed and written records were falsified — when that happened, the claim of the Party to have improved the conditions of human life had got to be accepted, because there did not exist, and never again could exist, any standard against which it could be tested.”