The only bright spot of the current COVID-19 pandemic is the time I have to read. After finishing the excellent book The Billionaire Raj by James Crabtree, I decided to list 3 takeaways. 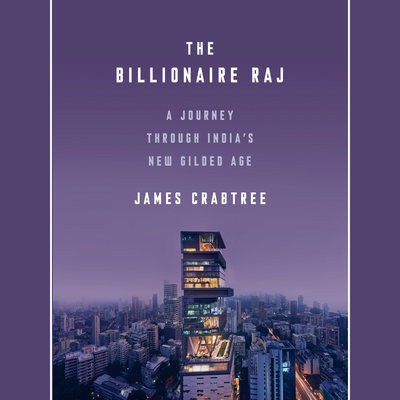 Coming from an ex-communist Czechoslovakia (now split into Czech Republic and Slovakia) I have strong views about the dark sides of socialism.

The Billionaire Raj covers the socialist darkness in India in the first half of the book. The description is always the same for every country: chronic shortages, economic stagnation, lack of freedom, red tape...

Every time people are not allowed to compete for profit, they find other competitions: power or who can get away with more bribes. It takes two generations for a country to recover from the damages of socialism: first to learn to live in a market-based economy, and the second to forget about the scars. India as well as many other countries is yet conclude the process.

Sporadically some of the these have manifested themselves: both the CEOs of Google Sundar Pichai and Microsoft Satya Nadella grew up in India. But to the disappointment of the average person, these tend to be anecdotal.

3. Corruption and the resource curse

Much of the book is spent on personal stories of billionaires who achieved great wealth by gaining monopoly status in their industries through shady connections with politicians (some voluntary, some not). Innovation grinds to a halt when 90% of 50 largest companies are conglomerates, which raise all risk-capital banks are able to lend due to their relationships.

James Crabtree describes Mukesh Ambani, Vijay Mallya and other examples but their rise to power is always the same and differs only in the type of industry they dominate. In the 1990s, only two Indians made Forbes list of the world’s wealthiest. Now, there are over 100, behind only the United States, China and Russia.

The size of India’s economy is a form of resource curse. Even basic businesses such as the making of alcoholic drinks can make a business person one of the world’s richest simply by dominating the entire country. This doesn’t exist in small countries so entrepreneurs have to innovate. There is no point in growing further if you’re already a big fish in a small pond.