Google released a white paper describing how the company intends to generate all of its electricity needs from renewable energy sources by 2030. Previously, Google committed to reducing emissions by buying offsets or generating renewable energy off-cycle. This new commitment goes by further: “Google intends to match its operational electricity use with nearby carbon-free energy sources in every hour of every year” 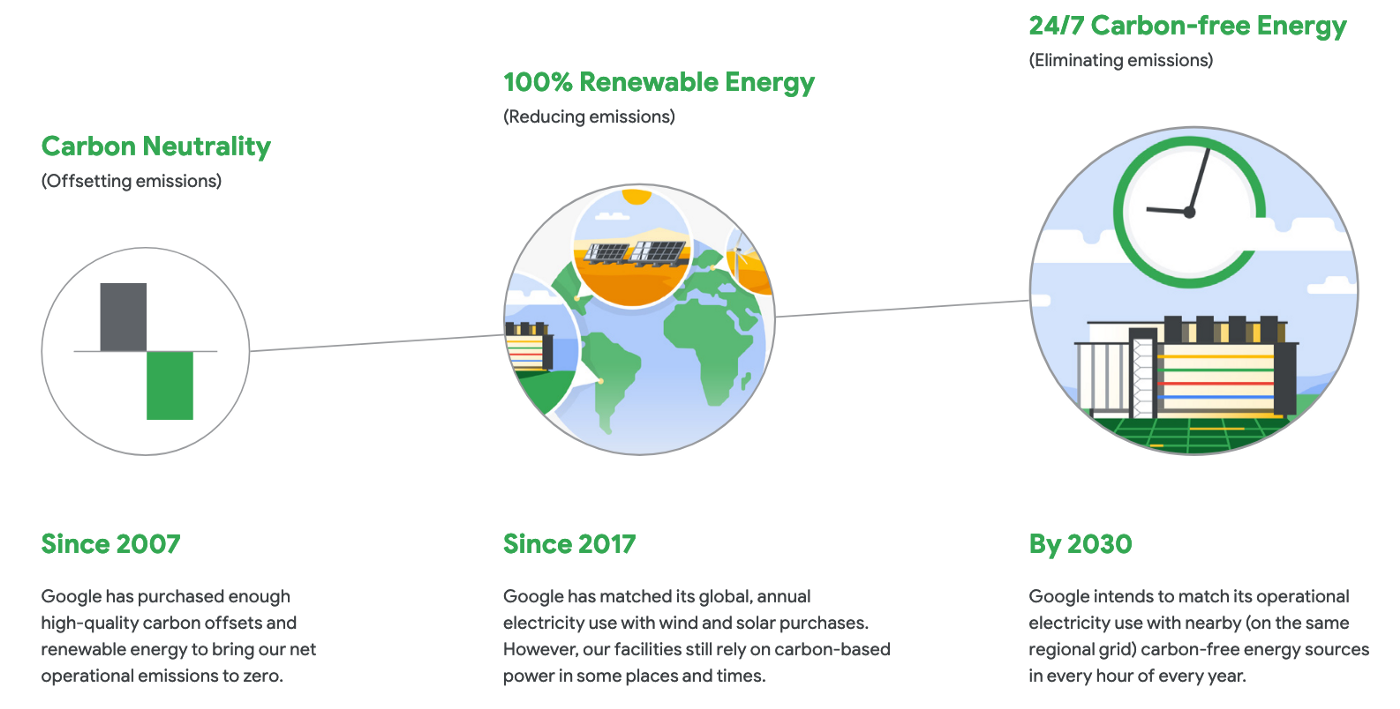 Google cooperated with a Watttime to generate the dataset that measures the carbon emissions intensity in regions where Google’s data centers are located. Watttime has a very interesting API providing carbon intensity in real time. I collected a random set of data points over 24 hours for a selected number of regions where Google data centers are located in the US. All code is available in this Github gist. 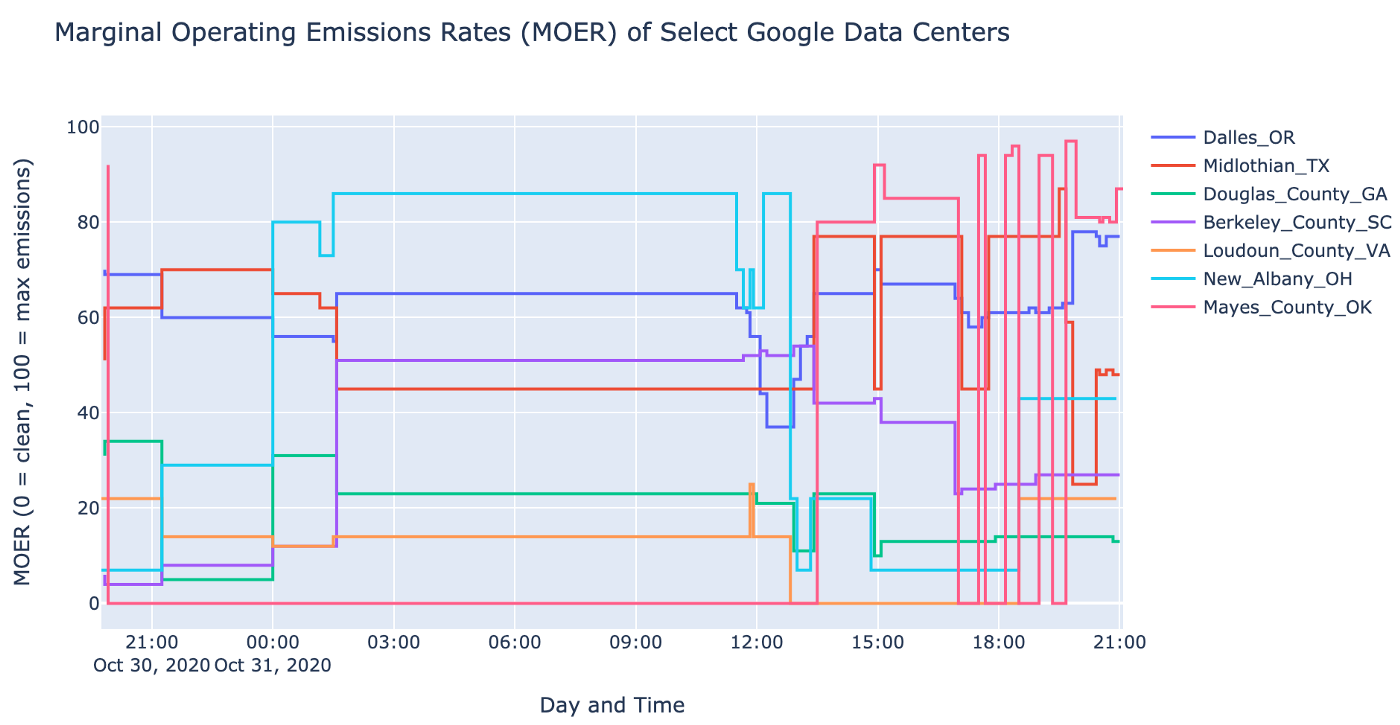 Marginal Operating Emissions Rates (MOER): 0 represents no emissions (clean energy generation), 100 represents highest emissions. In other words, for all regions where MOER is high, Google has a lot of work to do to replace (or store) electricity used from clean sources. In the chart above, Midlothian, TX appears to be one of those challenging locations. On the other hand, Mayes County, OK is a location that Google appears to be satisfied with: “Our highest clean energy percentage is in Oklahoma (Southwest Power Pool), where our purchases of wind power helped drive carbon-free energy performance at our data center from 41% to 96%”

I firmly believe that renewable energy will be widely adopted only if it is at least as cheap as alternatives. So exploring the data from a financial perspective is critical: From 2009 to 2019, costs for wind and solar power declined by 70% and 89% (see page 8).