Serverless has become a popular solution for small to medium-sized projects. The downside is a technology stack lock-in which forces developers to use technologies that might not be optimal for their projects. For example, people using Google’s Firebase to host their static resources have to write custom endpoint functions in JavaScript or TypeScript (as of August 2018). Developers typically use custom backend functions to hide business logic or proprietary data operations from users because anything that runs in the browsers front end as JavaScript is ultimately an open book from the users perspective.

One simple solution is to combine Firebase with custom functions using a different platform. I will outline the steps to create a Firebase-hosted web app, setup DNS for subdomain, and create AWS Lambda functions to serve custom business logic as APIs. This is just an example setup and all major cloud players provide solutions that can be combined in other ways such as using AWS S3 to host statics resources and Google’s Cloud Function to serve business logic API.

At the end we will have:

I will not go into specific details on each platform because their UIs constantly change. Instead, I will highlight the sequence of steps I typically take to setup the services quickly.

At this point we have a web app deployed and using our custom URL. The app however uses the subdomain api.example.com to obtain proprietary data. In Angular, the code requesting data from the subdomain may look something like this:

If our backend is relatively simple (doesn’t require large third party packages) and runs fast, the easiest solution is to deploy cloud functions at one of the largest providers. AWS limits Lambda deployments to 50MB and the default timeout is 3 seconds which are reasonable guidelines to determine whether your custom API backend is suitable for serverless functions. 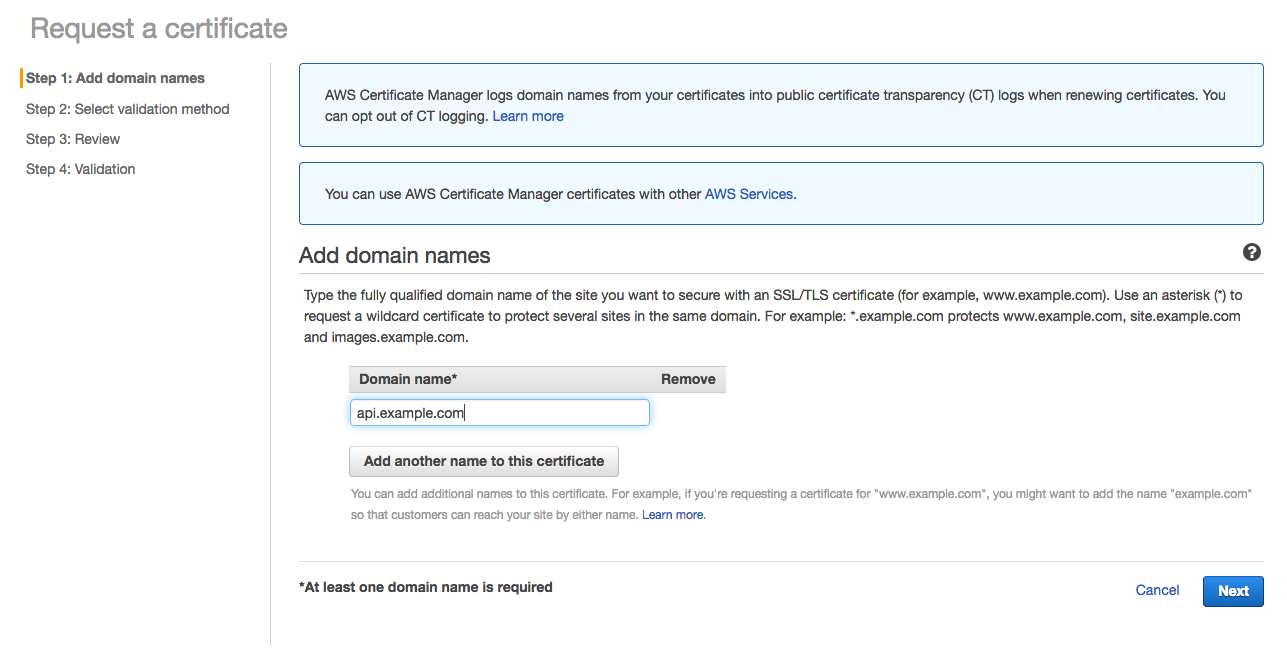 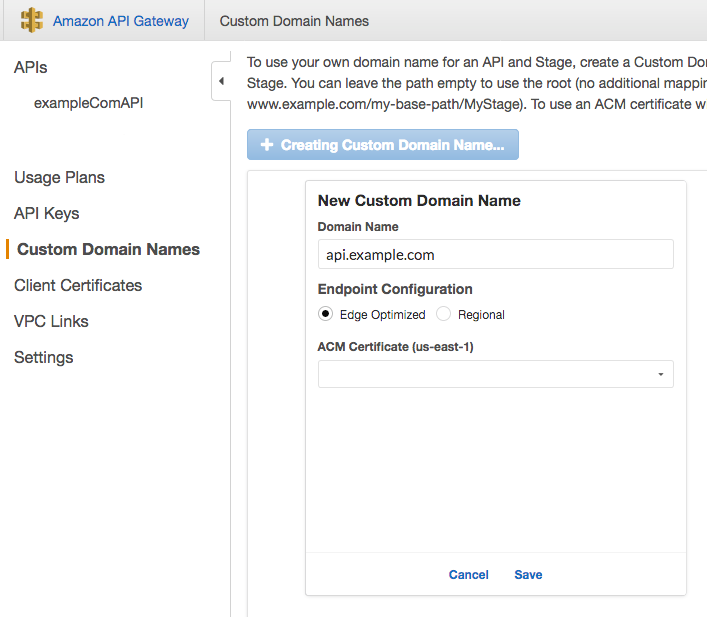 That’s it! Now you can deploy a fully featured web app with a custom backend, URL and generous free tiers (as of August 2018). With a little bit of practice the process takes about an hour subject to DNS propagation and requires virtually no backend deployment knowledge. It scales well for most small to medium-sized apps that do not require specialized compute-intensive workloads such as Machine Learning (see my ML deployment article here).